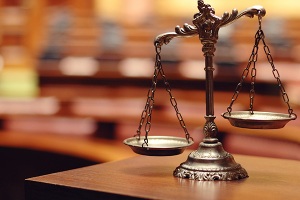 The things are getting serious with hacking, aren’t they? Apparently, so serious that even The European Court of Human Rights (ECHR) has to intervene. What happened? It seems that the Latvian creator of the Gozi Trojan, which is specially designed to attack banks, thought he will face some unfair treatment by the US Justice Department.

Unlucky for him, in its opinion the ECHR sent a message that Gozi’s father has to answer for his wrongdoings, and that a legal treatment across the ocean will be just fine in this case. This was his last chance to prevent the extradition to the USA, and it has failed.

This obviously talented 29 year old hacker has every right to fight his legal battles. Why? Well, he is facing a 67 years of imprisonment penalty in the USA. You can do the math, can’t you? In other words, this a lifetime sentence. And, the message is strong. Who will dare to attack the US banks after this one?

Maybe, this Latvian hacker can make some kind of a deal with the US government. He can become the US version of Nikita. Why not? In exchange for his freedom he can provide training or even his own personal hacking services to the government. Who knows? He knows too much to work in the prison’s library. Right?