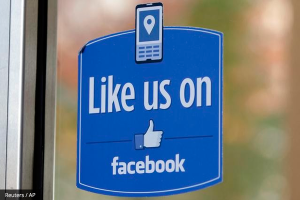 It seems that the days when you had to like something on Facebook for the purpose of liking itself are long gone. Facebook is pretty much determined to improve its News Feed at all costs. Even if it has to mean sanctioning the accounts, which ask for you to like their posts or pictures directly or in an implicit way.

It is more than obvious what are the true intentions of these “unethical favors” on Facebook. In this way some posts or pictures, gain more social media awareness and sharing percentage much more than they are deserving under the “normal” circumstances. Let us say this is something similar to some Facebook users’ efforts to tell with a certainty who are they real and virtual Facebook friends.

For what is worth, we have to say that this is easier to be said than actually done. Anti “spam like” action on Facebook will have to be extremely thoughtful and careful. The last thing we need is to see some “collateral” damage on Facebook in this matter. Who can say with an absolute certainty which likes are a part of real or “cosmetic” activities on Facebook?

Well, we have to say that this effort deserves some real respect. On the other side, we have to ask ourselves how far will Facebook actually dare to go in its pursuit of the real truth. How about one more “painful” area on Facebook? Can they do something about the fake profiles? Or, maybe they like to impress us with the stunning numbers of their users. Can we like this?