Great news for Nintendo, Microsoft and Sony. China has canceled its limitations related to distribution of gaming consoles throughout its territory. So far, the gaming consoles in China were strictly limited to the free zone of Shanghai. Now, all doors are wide open, for the first time.

This is going to create an unparalleled gold rush for gaming consoles. China is the promised land for any manufacturer in the cyber field. Yet, we have to worn you that this is not going to be an easy ride, as it may seem at the first glance. Why?

Just because China has decided to suspend some of its commercial limitations, it does not mean that the censorship is being canceled, as well. In other words, you may get any console in China you want, but this does not mean you can play any game you want on them.

Either way, our hats off to China, for this unexpected, but highly appreciated decision. We are more than sure that the busy little business bees in Nintendo, Microsoft, and Sony, are already dreaming huge. Who is to blame them. The Chinese dream has become a reality.

Do not act surprised, because we all know that you have not been entirely honest to yourself. It has been only a matter of time before someone will come up with an idea to put real people in the video games. This is exactly what has happened with the Omnipresence game. So, what is it all about?

Well, for the start you need real people on both sides. One group to control and the other one to be controlled.  Voluntarily. That is the most important condition to participate. So, in simpler words, you accept to become someone’s avatar of flesh and blood in the cyber world. What is next?

You either control someone’s actions or choices, or you submit your will to your cyber lord. It is absolutely crazy, and it is extremely popular. What is happening to us? Why do we want to play the Sims with the real people? Is it funny or an inevitable necessity of our brave new digital age? There is no easy answer.

So, what is going to happen with this game? Who is going to win? Or, are we all going to lose eventually? We have no intention to ask what is the next thing in the gaming world. Somehow we have this feeling it is not going to be an easy thing to digest, after all. Our virtual life has become a real game. 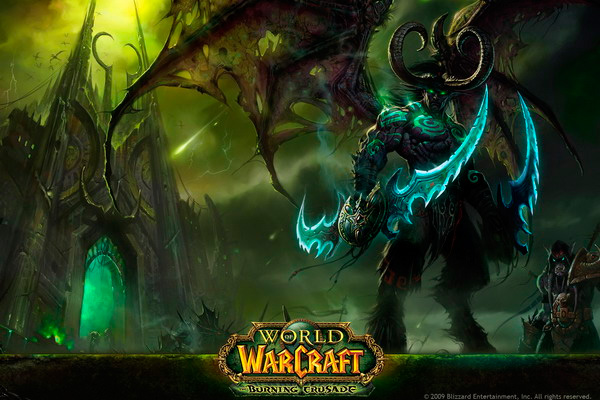 What a bitter surprise. Is there nothing holy or sacred to the modern day hackers? They have dared to strike where it hurts the most. The very gaming world is under an attack, now. It turns out that the World of Warcraft players have to fight the most serious cyber enemy so far. The WoW Trojan has arrived.

This Trojan harvests all what is related to your WoW account in a smooth and undetectable way. In this game, there is no restart option. What is even worse, you cannot save your current position regarding your account and upload it later when it is more convenient for you. For instance, when this Trojan is long gone.

So, who is responsible to deal with this menace? The Blizzard or the players themselves? Here is a completely new level for you to play. It seems that we have to accept the fact that the hackers now move in the most unpredictable ways and in the most unusual cyber places, such as this one. Right?

Then, on the other hand, you simply cannot avoid asking yourself what is there for a hacker to gain from the gaming Trojan? Perhaps, this is our biggest trouble. We need to know what they are attacking in order to defend it properly, in the very first place. We definitely need some Cyber WarCraft warriors, that is for sure.